Lasheeda Perry: The Power of Pastry

The Power of Pastry

“To be honest I actually never wanted to be a chef, I thought I was going to be a lawyer,” Lasheeda Perry tells me. “It was just a way to get into college, but then I fell in love with it, and as a junior in high school, I was cooking Chilean sea bass and prosciutto-wrapped quail.” Perry speaks to me on the phone from her apartment in Playa Vista, a neighbourhood in LA where she moved in 2019 after working for two and a half years as the Executive Pastry Chef at Four Seasons Hotel Atlanta. 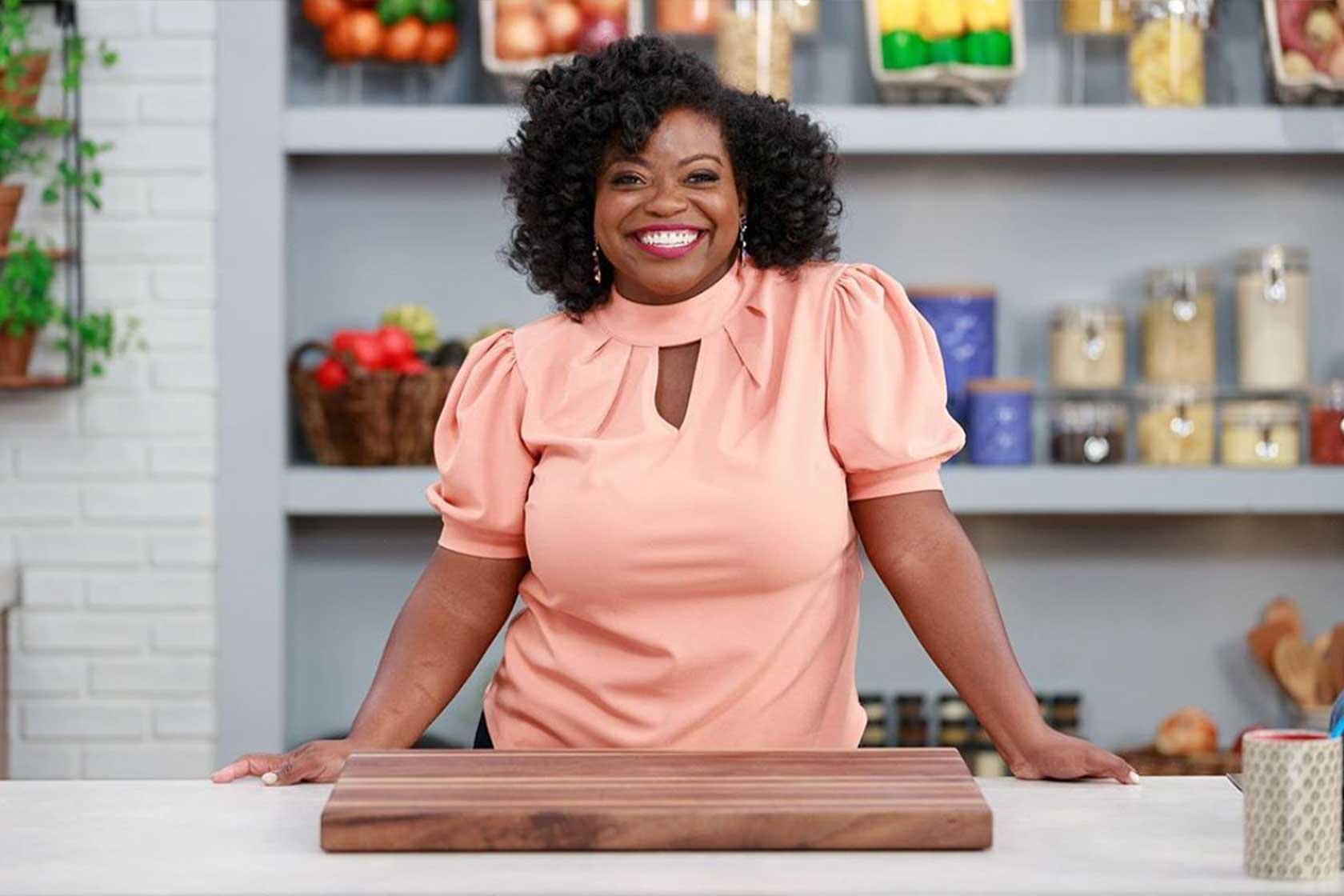 Scrolling through Perry’s website feels like I’m looking at a series of intricate works of art with flavor combinations to match. I pause on each image, wishing I could reach through my screen for the Oozy Dulce de Leche cake, cherry jam, and pretzel ice cream or the wattleseed mango tower that won Perry an all-expenses-paid trip to Australia as a sophomore in college.

Food always played a big role in Perry’s life, especially as a child. “My mom…was a very adventurous cooker… We grew up eating goat, duck, I think we even had deer [and] oxtails,” she says. Perry’s first memory of cooking was with her uncle when she was a kid. He was making rabbit and had used up the last of the flour. “I was really adamant about making biscuits,” Perry says, “So I took the flour that he used to dredge the rabbit, oh this is so embarrassing… to make the biscuits because I was just so desperate to make it. And it was an epic failure….I don’t think anyone ate them.”

Perry grew up in Philadelphia and attended high school in the city. During her sophomore year, she saw that there weren’t many scholarships for students who wanted to get into law and government, her main interests at the time, so she decided to pursue a different route.

A teacher in the culinary program, Mrs. Wilma Stephenson, was pushing her kids to get scholarships at some of the best culinary schools in the country. Perry was accepted to Johnson & Wales University (JWU) – a prestigious culinary school in Providence, RI with alumni like Emeril Lagasse, James Beard Award recipient Michelle Bernstein, and Top Chef winner Kevin Sbraga. After majoring in both pastry and culinary arts during her first term at JWU, Perry changed her major. It was her sweet tooth and the workflow of the pastry world that led her to focus exclusively on baking and pastry arts. 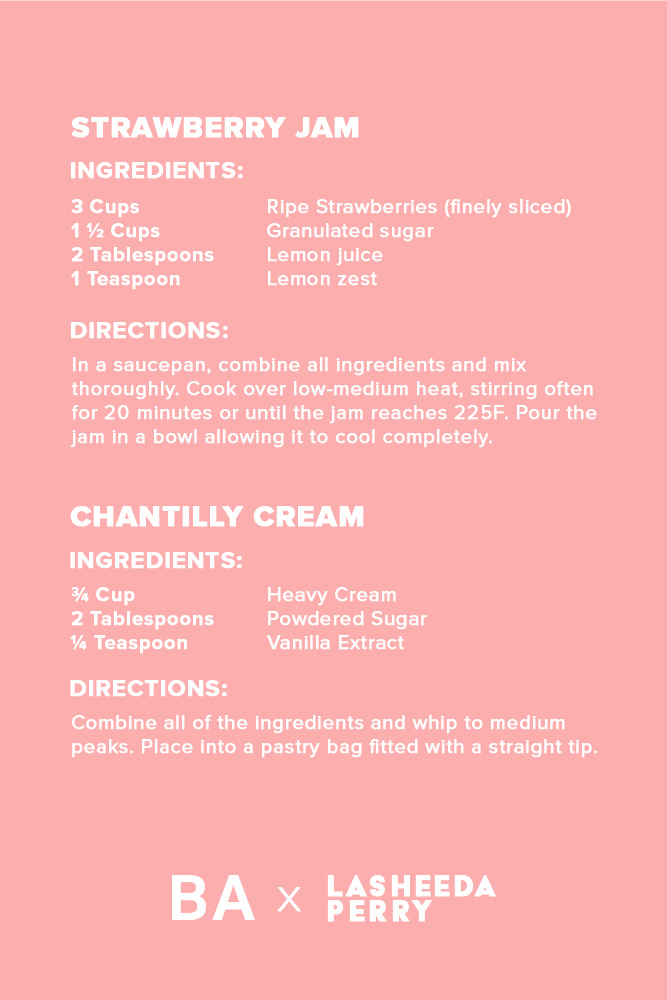 “I like the pace of it,” she says. “Savory students used to tease us like ‘Oh, look at the pastry people, they’re all slow,’ but we have…our own pace and it’s hard to describe. It’s not that we work slow because we actually work really fast…. Multi-tasking is beyond what we do as pastry chefs: there’s always something in the oven, you probably have something on the stove infusing, and you’re checking your emails, and you’re filling ticket orders. So it’s just a different pace that I love.”

“Being a Black leader in this industry I feel like, and I want to, I have to be that voice because there’s not enough of me to stand up and fight it. And those who are in the entry-level positions, they’re afraid to speak up due to retaliation–and I’ve been there.”

Now, in 2020, Perry has made a name for herself in the pastry world: she was a finalist on the second season of Food Network’s Best Baker in America, teaches classes on the Food Network Kitchen App, and started her own company–Queen of Flavor LLC–where she works as a consultant and freelance pastry chef. As a 16-year industry veteran, Perry has worked all over the country, holding positions like Executive Pastry Chef at the Beverly Wilshire, a Four Seasons Hotel, and Four Seasons Hotel Atlanta. She says, “We need to see more Black people in leadership…. I only know of two Black hotel general managers. Don’t get me wrong, there are probably more, but in my 16 years, that’s all I’ve seen. I can only name maybe five Black executive pastry chefs that are working in luxurious hotels and restaurants,” she says.

“Being a Black leader in this industry I feel like, and I want to, I have to be that voice because there’s not enough of me to stand up and fight it. And those who are in the entry-level positions, they’re afraid to speak up due to retaliation–and I’ve been there.” With the Black Lives Matter movement at the forefront of conversation, companies everywhere are sharing their support on social media. But what’s more indicative of support than a Tweet or Instagram post is real change: “I want to see what our industry is going to do with the Valrhonas of the world, the… Hiltons and Four Seasons Hotels, like I want to see what all of them are going to do, not just say, but do.”

“There’s still a first African American receiving a Michelin star in 2019, female that is,” Perry says, referencing Chef Mariya Russell, who won a Michelin star for her restaurant, Kikko, in Chicago. “Like to me, to know we’re still trying to break ground in 2019 that means we still have a long way to go!”